A reliable supply of yeast for fermentation is a prerequisite for brewery operations. But what’s involved in making sure that your brewery’s yeast supply can be counted on? 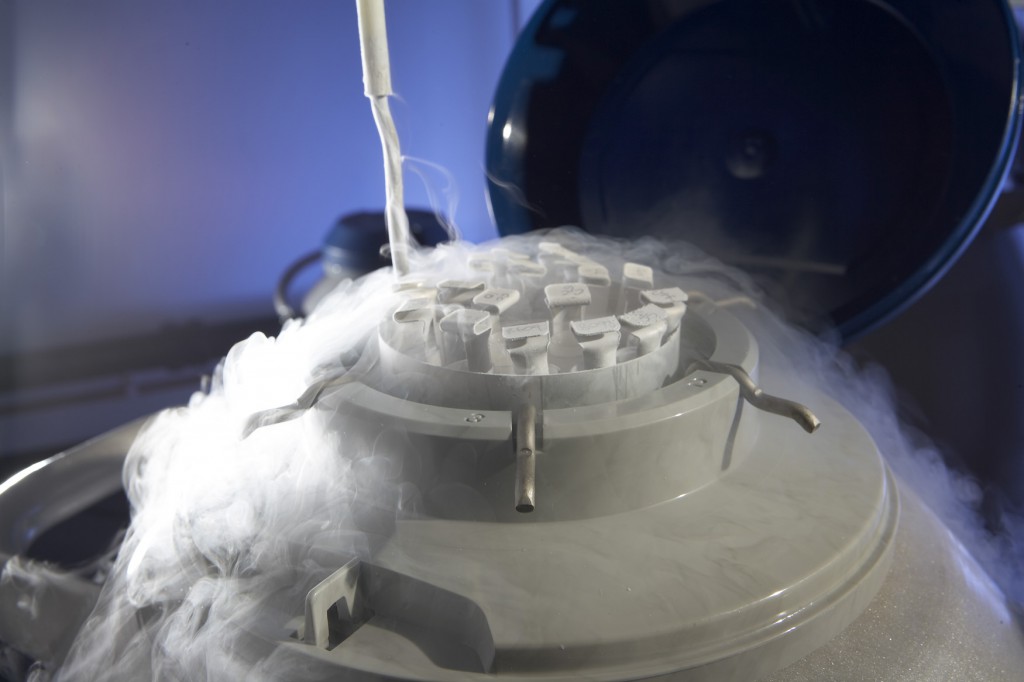 Supply of brewing yeast cultures to breweries within a multi-site brewery group presents many challenges. The objective is to make sure that all breweries within your group are using the right yeast strains, in the best possible condition, with the lowest possible risk of failure. If multiple strains are supplied within a group (different lager strains, ale strains, wheat beer strains, or yeasts for production of low alcohol beers for example) it is important that potential mix-ups are anticipated and actively prevented.

Whether the yeast supply function is in-sourced within your head office laboratory or out-sourced to a specialist organization like Cara Technology, the challenges remain the same.

Here, we explain what’s involved in doing this right, and offer some pointers to drive continuous improvement in this area.

You need to be able to demonstrate the origins of your yeast cultures, assure traceability, and be sure as a business that your yeast strains are fit for purpose. 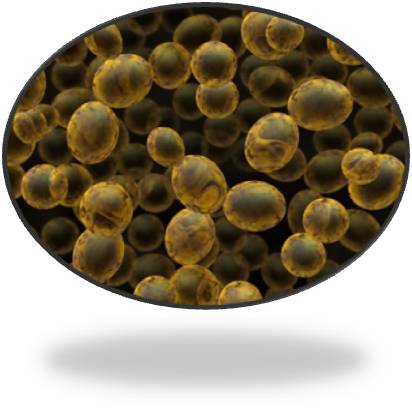 First of all, the origins of all your yeast strains should be known and traceable. That means it should be possible to run an audit trail from your currently-used brewery yeast culture right back to the culture which was isolated within your laboratories, or obtained from a third party – whether that was yesterday or may decades ago.

While it may well be that the particular yeast used in your breweries has been selected for historical reasons, it is usually preferable to select the strain on the basis of its possession of a number of desirable traits, and the absence of undesirable traits.

For example, for making a modern pale lager beer in upright cylindro-conical fermenters the following traits are ideal:

The genetic background of the strain should be proven and verifiable – for example, you should be able to demonstrate that your yeast has not been genetically modified.

and-purity.jpg” alt=”” width=”163″ height=”146″ />Having established what is required for success it is important that methods are put in place to make sure that what is intended has been acheived. Genetic tests of identity and purity can be carried out using PCR-based DNA fingerprinting or by karyotyping. Phenotypic testing – for example, tests for flocculation, fermentation performance, and the presence of certain traits, such as the ability to grow at different temperatures, possession of certain enzymes, or the ability to grow in the presence of specific antimicrobial agents – are also useful.

Tests for the presence of contaminant microorganisms (wild yeasts and bacteria) must also be carried out.

Finally, all of the laboratory tests have to perform as intended. You can’t know they do unless you check them. All methods should be validated at frequent intervals to assure performance.

The preservation technique used is critical. The devil is in the detail. Cryogenic preservation in liquid nitrogen is the method of choice. Preserved in straws or cryovials, yeast strains will remain unchanged for decades, and most probably centuries under such conditions. Done correctly this technique creates an environment in which the yeast cells are placed in a state of suspended animation. Most importantly the process has no negative effects on genetic or physiological properties of the cells. Viability of the cells is also maintained under these conditions.

Of course you might be thinking, “can’t I just sub-culture my yeast on agar slopes every few months?” Of course you can, but it’s rather like encoding your brewery operator instructions in the minds of your operators, relying on them – in their own way – to explain how things work to each new member of staff as the need arises. Inevitably, things will drift. Nowadays you’ll write things down, ‘standard work’, ‘work instructions’ – right? That way you’ll reduce the chance of this drift. That’s pretty much how cryopreservation works for brewing yeast. It locks down what you know works.

Unsurprisingly, the advantages of yeast cryopreservation come at a cost. A need for specialist equipment, specialist staff, and access to a reliable source of liquid nitrogen are just three. Staff safety is paramount, and precautions have to be taken to protect anyone using liquid nitrogen from the potential suffocating effects of oxygen starvation and nitrogen gas.

In practice, it’s usually best to have two types of cultures – master cultures and working cultures. Given sufficient storage space you should have enough working cultures to produce all the yeast you need for many months ahead, and ideally many years ahead.

Mistake proofing of cryogenic preservation systems is very important. There’s no point in doing a great job in preserving your yeast if you run the risk of picking out the wrong one and growing it up in your yeast propagators and brewery fermenters.

Back-ups are critical. No single liquid nitrogen facility is bullet proof. A single interruption to your liquid nitrogen supply could spell the end for your customers. Two completely independent systems in different locations are what’s needed. For example, in our own operations we have one cryogenic storage facility in Denmark, and another in the UK – both storing exactly the same yeast cultures. When it comes to disaster recovery procedures, it’s important to know they are in place, and have been proven to work – the equivalent of having a fire drill for your yeast preservation. To an extent ISO 9001 and HACCP systems can provide reassurance in this regard. But there’s no substitute for a healthy dose of paranoia. Be afraid – be very afraid! Expect things to go wrong, then do everything you can to prevent such events from occurring. Then do more. It’s too important not to.

As before, everything that you do in this area has to be verified. There’s no use saying that the preservation has conserved the viability of your yeast unless you have the data to prove it.

Nowadays most lager breweries propagate their yeast every week of the year. Or, in the very least, every second week. If you are going to let your yeast run for six to eight generations and are filling six to eight fermenters a day, that’s what it takes. It stands to reason that your aim should be to make every single one of those yeast propagations identical to one another. That has to start with the first stage of the propagation.

Typically that involves inoculating about 10 ml of wort with yeast growth from a slope culture. That yeast can either be taken from the slope using an inoculating loop, or by washing off all of the cells from the slope and using that as the inoculum. Either way, when used once a yeast slope culture should be discarded. Slope cultures should be treated as ‘disposable’. To use them several times is to invite inconsistency in the early stages of propagation which can only become magnified as the culture enters its working life in the brewery.

Yeast slope cultures can be supplied by competent brewery support laboratories like our own. You’re going to need somewhere between 26 and 52 yeast slopes a year, usually delivered every six to eight weeks. On receipt in the brewery cultures should be stored in a locked fridge, or a fridge in a locked room. The refrigerator should be dedicated to yeast culture storage and be of a ‘non-domestic’ type to avoid the risk of temperature cycling (due to auto-defrost functionality).

An alternative to yeast slope supply is the use of ultra-pure dried yeast cultures. The Alfred Jørgensen Laboratory pioneered the development and use of this format of culture many decades ago. Although deployed by a hundreds of breweries all over the world, it remains something of a well-kept secret. This format is the one of choice when cool transport and storage cannot be assured, or when laboratory facilities are not available in the brewery. These dried yeast cultures are supplied in units of 50 g. Each is sufficient for inoculation of a single Carlsberg flask – enough to initiate a propagation in a brewery yeast propagator. By using this format of culture you can by-pass the need for laboratory propagation steps.. While this can save you time, money and equipment, perhaps the biggest benefit of this approach is the flexibility it provides you with in the case of a failed yeast propagation.

On those (hopefully) rare occasions when brewery yeast propagations fail quality tests (for example due to contamination with foreign microorganisms) production delays caused by having to wait for the laboratory to propagate a new yeast culture from slope can be both frustrating and costly. However, by using ultra-pure active dried yeast cultures and thus by-passing the laboratory stages of the propagation, several days can be shaved off the time needed for yeast propagation.

Cultures tested prior to dispatch to assure identity, purity, performance and freedom from microbiological contamination – performance of all test methods regularly validated 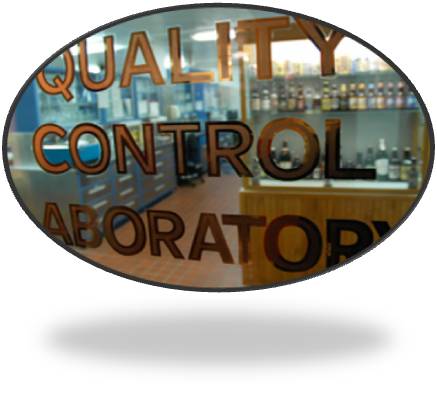 All yeast cultures used in a brewery should be checked to assure their identity, using either microbiological tests and / or genetic tests such as DNA fingerprinting. Checks on culture purity have to be made, to ensure that the culture is pure and homogeneous. Giant colony morphology on WLN agar works well for this purpose, supported by DNA fingerprinting. Checks for microbiological contaminants have to be made too – both bacteria and wild yeasts. And, as always, the methods used for these tests have to be validated to assure their performance.

First and foremost in shipping of brewery yeast cultures is the issue of security. All the work put in to ensure that the right yeast is dispatched in the right condition will come to nought if its integrity during shipping and transport cannot be guaranteed.

Slope cultures should be shipped on ice in insulated containers. Packaging should be tamper-evident to make sure that if anything untoward has happened to the culture it is immediately evident to brewery personnel. Web-based track and trace functionality allows both sender and receiver to know where the cultures have been at all times. 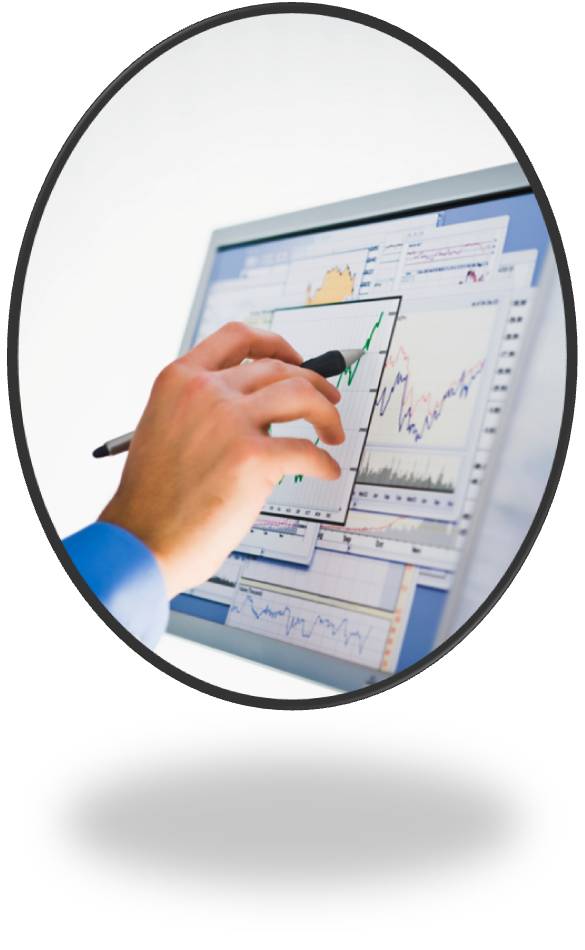 Despite the best raw materials, brewing equipment, people and intentions, things do sometimes go wrong in the brewery. When they do, it’s important to be able to eliminate as many possible root causes of a problem as quickly as possible. This is where centralized yeast supply can come into its own. Since the same yeast culture from the same cryogenically-preserved yeast stock culture has been grown, tested and shipped under exactly the same conditions for every single brewery you run, any problem which afflicts one brewery should also affect the others to a greater or lesser degree. While this is a risk if you allow things to go wrong in the yeast supply chain, if you commit the resources to get it right it can be a great asset. Thus knowing that the same yeast in the same condition from the same stock culture has been used in every brewery can be used as an aid to diagnosis of yeast- and fermentation-related problems.

Excellent record keeping within the context of a robust quality management system plays an important part in this.

There’s a lot to get right in running multi-site brewing operations, and a lot to potentially go wrong. Centralized yeast supply can be used to increase production efficiency, reduce risk, and increase the speed with which problems are resolved. In terms of finance, yeast supply management costs about 0.02 – 0.1% of the cost of malt supply. Now if malt was responsible for 1,000 – 5,000-times more problems than yeast that difference may be justified. But the fact is that brewers have evolved many ways to cope with poor quality malt. Coping with poor quality yeast is a different challenge altogether.

Interested in finding out how Cara Technology and our Alfred Jørgensen Laboratory can help manage your yeast culture supply? Contact us – we’ll be happy to help.